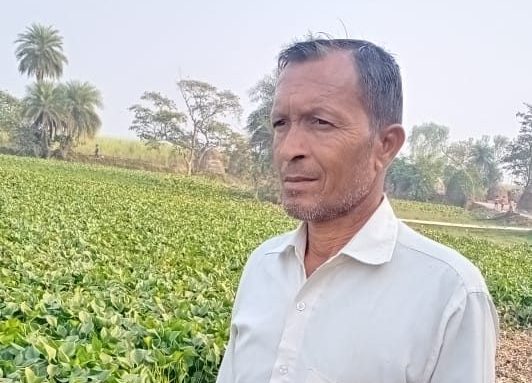 During the lockdown, farmers in my village were very frightened about upcoming losses and worried if they would be able to sell their produce in the mandi. They had no idea about transportation or how the mandi merchants would make payments. They were also clueless about the price they should quote for their produce.

Vijay is in the business of farming for the past 20 years. Since childhood, he used looked after his family farms to help his parents. He had a great understanding of agriculture from a young age, and he wants his four sons to experience the same. So, Vijay used to take his children to his farm after their school to give insights about farming. Now, his children, who are either in college or working, are well-versed in farming too.

Vijay is very happy that he was able to take up his ancestral farming practices and the legacy is continued by his children, too.

Vijay has been associated with Ninjacart for the last 5 years, and he could seamlessly supply his veggies to Ninjacart during the Covid-19 outbreak too. But, there were a few farmers in his village who did not know how to sell their produce and left them unharvested in the fields. He took the initiative to introduce Ninjacart to other farmers and helped them to harvest their produce. The farmers of his village still thank him for introducing them to Ninjacart as it has made their life easy.