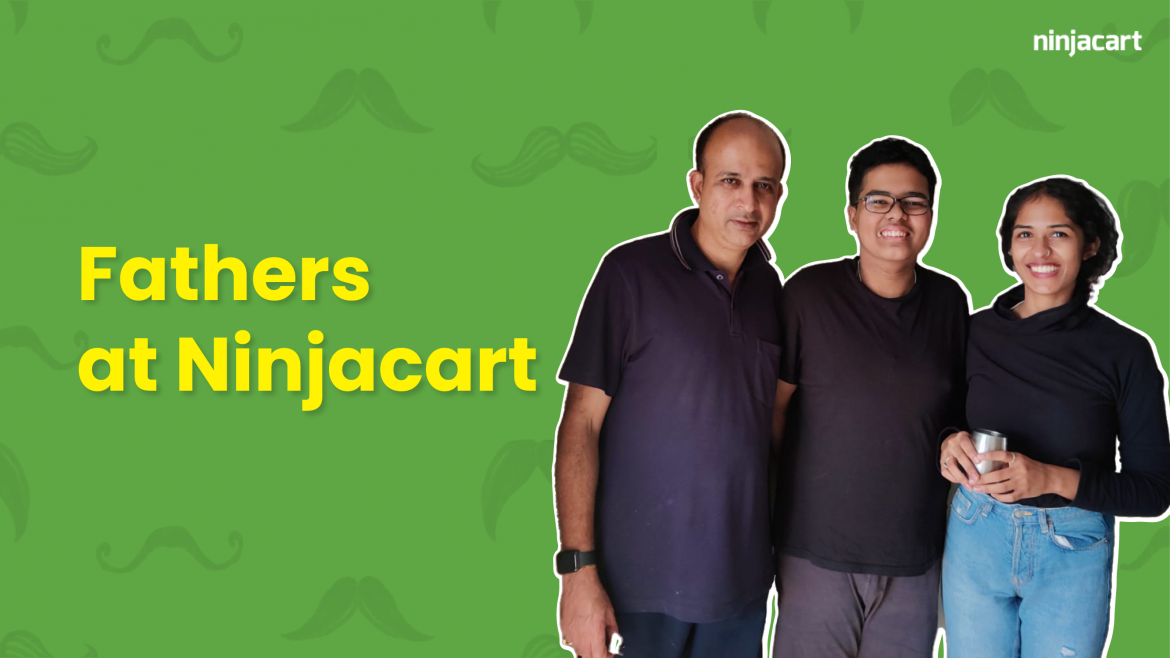 The journey of fatherhood has been one of the most beautiful and important aspects of my life. The day you become a father, you are reborn again. Reborn into someone who would then be responsible to raise a child to become a better human. For me, it happened twice, and both the times, even  I evolved into a better human.

“The joy of being a father can never be described in words and nothing else in the world can even come close to it. When I became a father, two feelings engulfed me suddenly. The first was the enormous joy, and then it was the hit of responsibilities that I was going to get adorned with as a father. Life was going to be very different.  But I decided to go with the flow, and that’s how it has been ever since.“

I am a proud father of two beautiful children. My daughter Ruchita, who is 23, and my son Advaith who is 14 years old. When I say I have evolved as a person, it has got a lot to do with the age gap my children have. The upbringing and approach for both of them have been a bit different in terms of how their surrounding, digitization, and most importantly, them being different individuals. But it has been a fantastic journey with the two of them. I have been lucky enough to witness both the pieces of my heart grow up from little toddlers to strong individuals, making life decisions on their own. And for me, this has been the biggest joy of my life.

What is your style of parenting?

Well, there is no predominant style of how I am as a father. I would say it’s very situational.  I have observed with time that your role as a father changes as your children grow up. At times, it’s very chilled and flexible but there have been times when I have been the bad cop and had to send out those, “don’t do it again” strict messages.

But when it comes to parenthood as a whole, change becomes the only constant. In the phase when the child is a baby, it’s a lot more of love and warmth. But when they grow up into teenagers, that’s when as a parent you need to exercise a lot of patience to understand and guide them. You become a coach and a friend, both at the same time. But most importantly, something that I have been constantly focusing on is instilling good values in them like being independent, grounded, valuing money, and portraying healthy behaviour with family & friends.

The best part about what I have seen in my children is that they are very self-motivated, be it choosing their friends, lifestyle, education, and so on. There has been a lot of maturity that they have displayed. And it has got a lot to do with what they were taught in the early days.

Division of responsibility of Parenting

My wife and I have no divided responsibilities as such. We have always been kind of a team when it comes to raising our children, an absolute balance. The saga of good cop and bad cop keeps tossing between both of us.

Spoonfeeding is not my thing. I am not one of those nudgy fathers. I have always tried my best to give my children their space to explore and learn everything that they want to and go ahead with their lives. In terms of work or personal, I don’t like the idea of micro-managing them. Taking an example, whenever my children would go out, I would just ask them the time they would be back and adhere to the time

that they mention. I won’t go around calling them ten times or nudging them repeatedly. I believe that’s not a healthy parental practice. That creates a psychological gap between the child and the parent. It’s very necessary to give children their privacy and space to explore as this adds a direct impact on the child, in terms of how they grow and choose their preferences in life. This not only helps the child to understand the world but also evolve as a strong individual.

“A couple of things that my father helped me with were: instilling good values into my children and also, being a walking model for what you preach to your children. Instilling the right values into them is important and that is something I picked up from him. One of the most important things that I have implemented in our home, is being a walking model for what I teach my children. It can’t go like just teaching them stuff, but at the end of the day doing exactly the opposite of it. May it be behavioural patterns or spending recklessly on anything. In this space, one of the things that I admire about them is the respect my children show to everyone. May it be people in society or our relatives. We never taught them to do so, but that’s something they picked seeing all of us.”

Evolving as a father – Learning

When it’s a parental responsibility, it’s a give-and-take affair. And especially when children grow into young adults, you need to identify their individuality and give them equal space for them to explore and exhibit what they like and dislike. At the age of 14 and 23, they have much more clarity of life than I had when I was their age. With the days passing, I have evolved along with them. It’s like they come up with this regular ‘update check’ for me. May it be some new technology or any latest happening around the world that I had been completely unaware of.

As a treasured moment, recently when my daughter was in Bangalore we went out for dinner. We had a hearty conversation seasoned over a beer. This again was a big thing for the both of us, because, when I was young, drinking with our Dads would be something far-sighted. We always had a distance that prevailed. But it’s great how things have changed for good. More than the strict gap, there are a lot of thoughts, emotions, and exchange of ideas, that has taken place between me and my kids. And I have evolved for good!

“Fatherhood is a journey where you guide them along the way. I have always been a person who has been explicitly transparent and honest with them about everything, whether it’s something about them that bothers me or anything else that they are doing. And I think that has added up to bond all of us.”