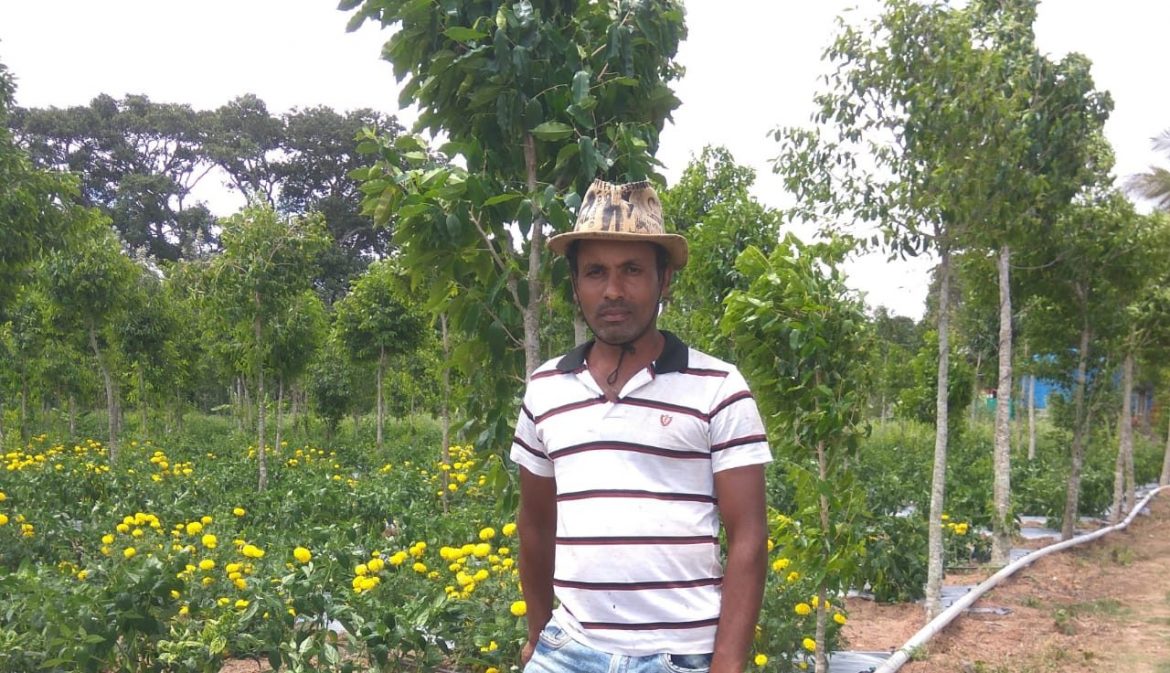 Everyone believes that farmers are the backbone of the nation. It’s our duty to grow fresh produce and ensure that it reaches the consumer so people have enough food to eat and stay healthy. I’m just playing a small role in that

Rangaswamy runs his family’s 60-year-old agriculture business in Govindapura village, Hassan. Since childhood, he enjoyed working on his farm, so naturally, he left his corporate job in the city to go back home and become a farmer. Being in the fields and growing produce gives him immense satisfaction.

Rangaswamy and his parents grow Ginger, Cabbage, Potato, Bottle Gourd, and Chilli Bajji on 5 acres of land based on the soil type and season. After the lockdown, he feels the demand and prices in the market are low because of the minimal operation time allowed in cities. He also grows flowers but is unable to sell them due to a lack of demand. In such a situation, Rangaswamy is glad that he and the other farmers in his village can sell to Ninjacart and run their business.

Rangaswamy’s parents are vaccinated, and he is awaiting his turn. He is hopeful that things will get better soon. Until then, he is happy to play his part in growing produce and putting food on people’s plates.

We are thankful to farmers like Rangaswamy for doing essential work so the rest of us can stay healthy and safe.